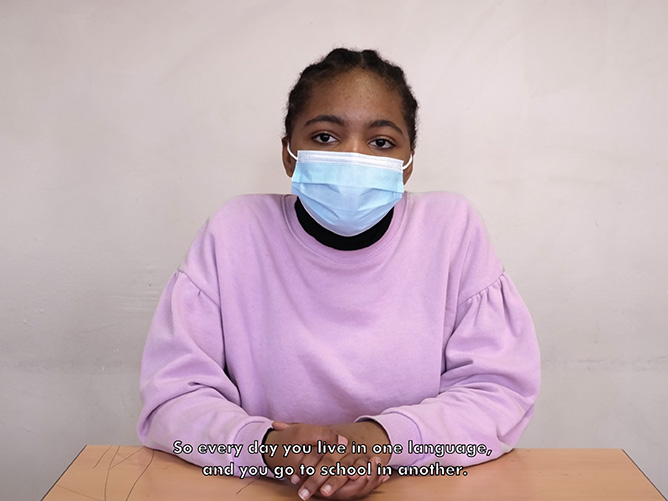 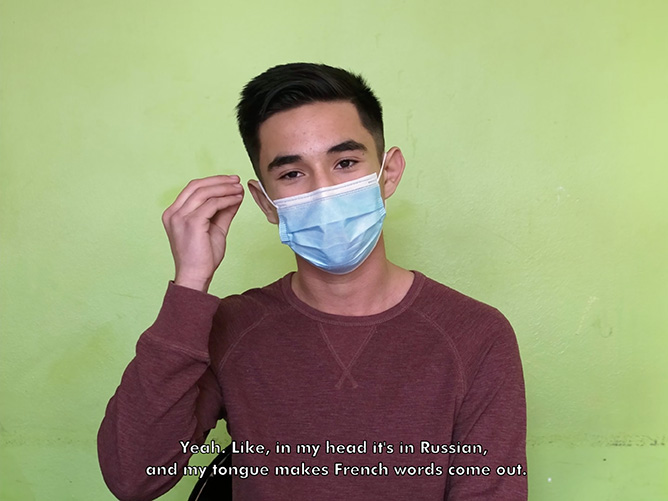 The film "Un oeil sur ta langue" (An eye on your tongue) gathers observations around a central question: what does it mean, today, to study in a French public school as a polyglot teenager and/or living in a multicultural environment? From 2020 to 2022, Marianne Mispelaëre worked side by side with fifteen classes in Marseilles. The conversations led them to question together exile and transmission, history, creolization, the concept of identity, through the prism of the language practices of the teenagers – if most of them were born in France, many are polyglot; others, allophones, appropriate the French language. The film is the result of these encounters and this context. The voice is given to students who are rarely invited to speak. Together, they create the narrative from their own experiences and subjective points of view. The words soothes lived realities, not by solving the problems raised, but by opening up questions, by making certainties plural, identities liquid, by activating history and by deconstructing the mechanisms of the "national identity" myth. Children are messengers, attentive observers of the tensions, embarrassments and multiple translations that run through their daily live and, through them, society. A film without adults, without counter-fields. An eye that listens and fixes the voice.