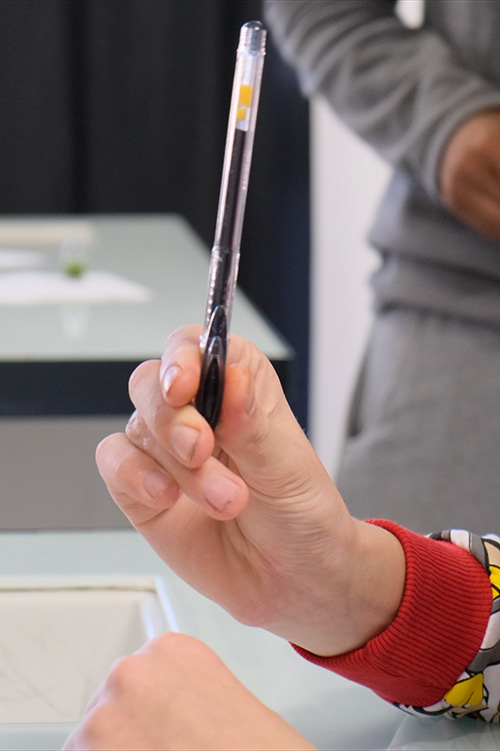 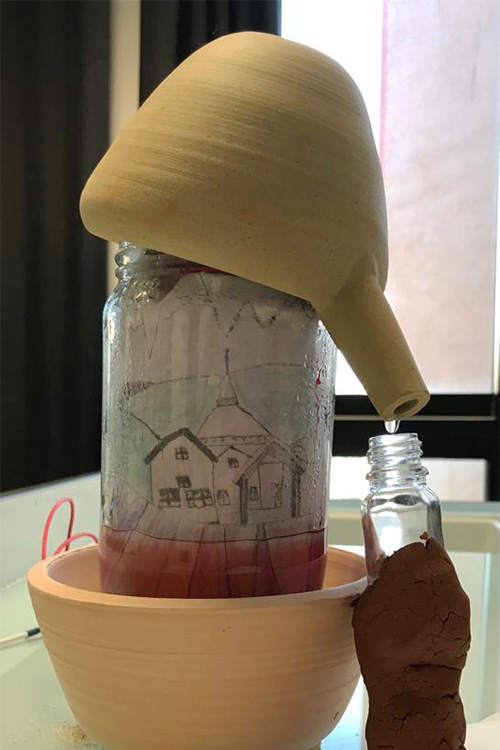 The protocol is divided into three stages and cuts across three subjects taught at school: French, visual arts and chemistry.
Students use metaphor and metamorphosis to question their language practices. They are often dispossessed of the language(s) of their parents or grandparents, which they do not know or know in a very fragmentary way, or feel devalued because they speak a language(s) so-called "marginal" in France. The protocol invites the students to formulate their own memories, knowledge and imaginary to which they connect it (them).
After writing a text questioning their intimate and subjective relationship to their language(s) - if my language were a color / a person / a smell / an animal / a musical instrument / an image / a sensation / a memory / a landscape it would be, because... - each student makes objects or images to represent each metaphor. These objects are then distilled to produce ink. Then, these objects are distilled to produce ink. Once injected into ballpoint pens, students can use them throughout the school year. They thus insert their language practice within the teaching they follow. Students write their lessons both in French and in their own language(s).
Questioning one's own history and sensibility allows one to meet those of the other. By crossing subjectivities and injecting them into the heart of the school-system, this work superimposes languages, practices and histories, it values each way of being, living and thinking. 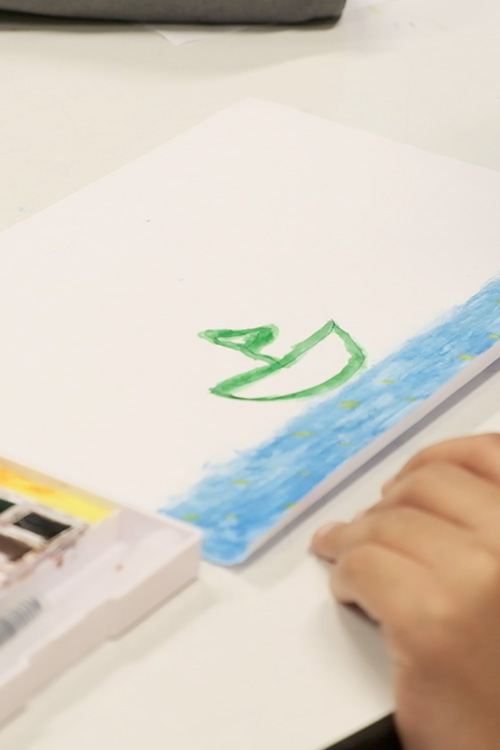 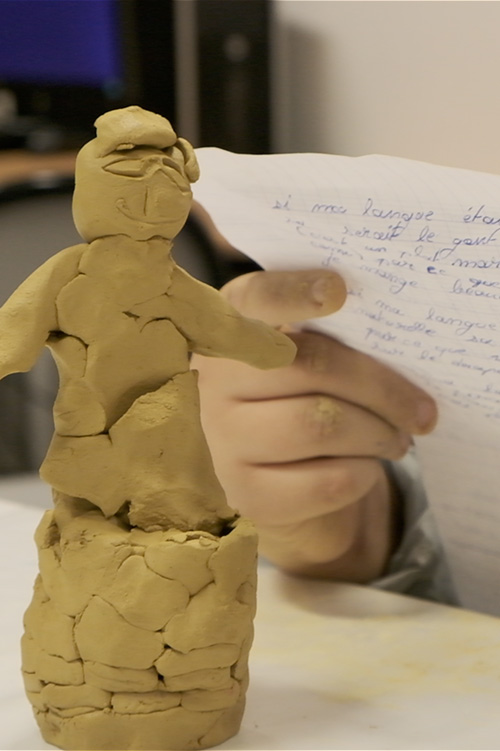